Let me introduce you to the biggest Crawler Loader ever built! 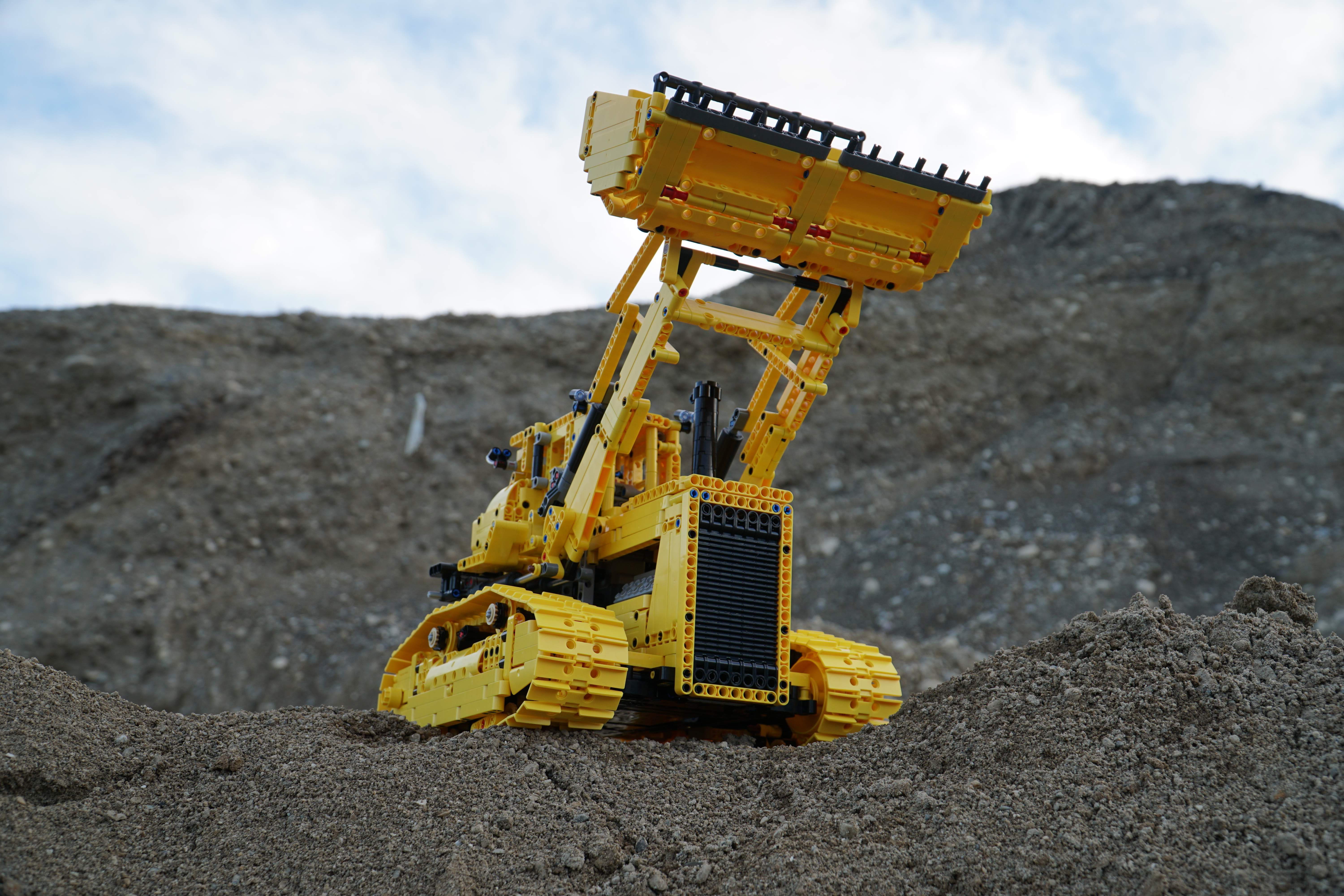 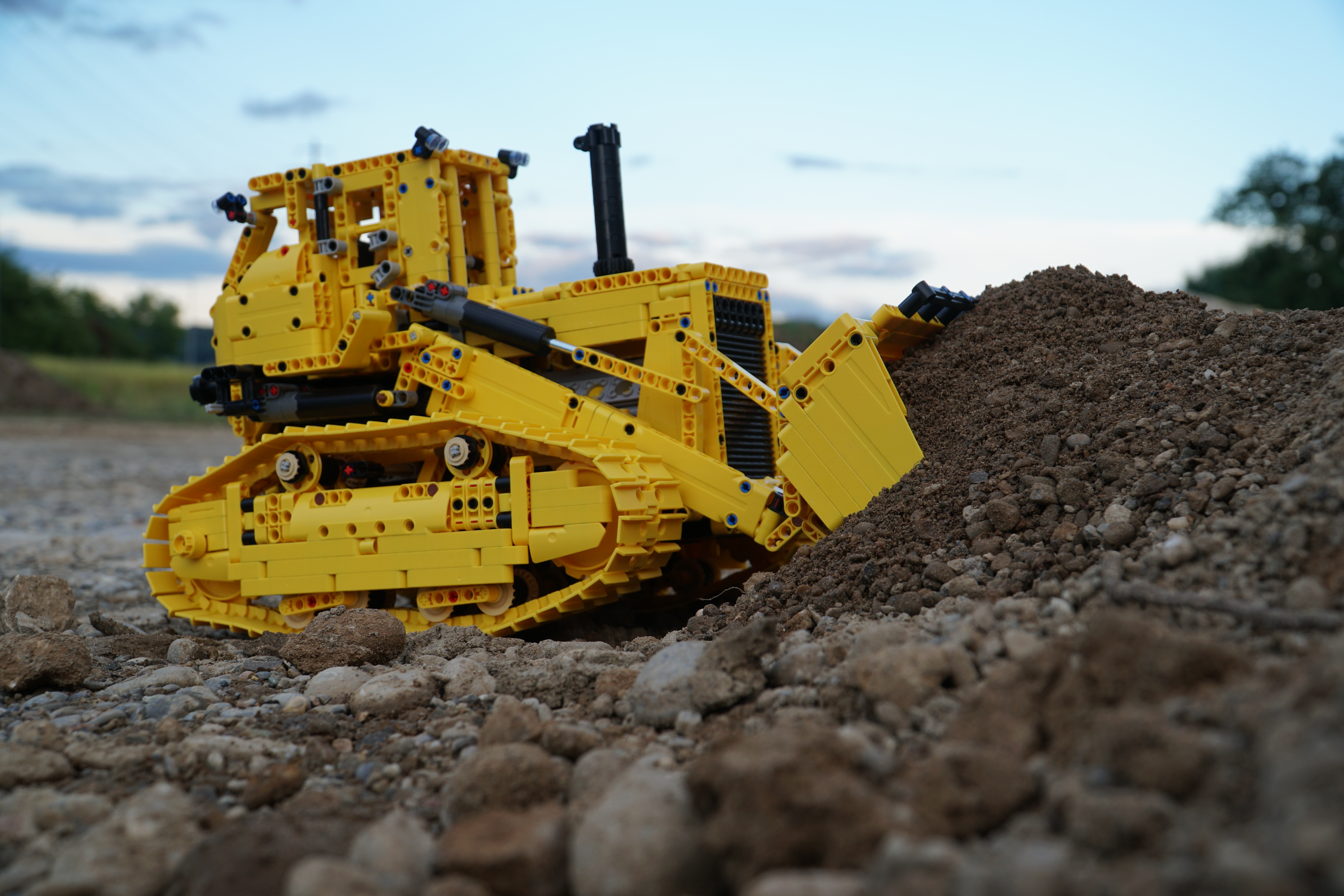 (Lego Control+ app does not work. It can be driven and you can raise/lower the bucket with CAT D11 interface on C+ app, but not tilt the bucket, as one Motor is used for transmission on the CAT D11) 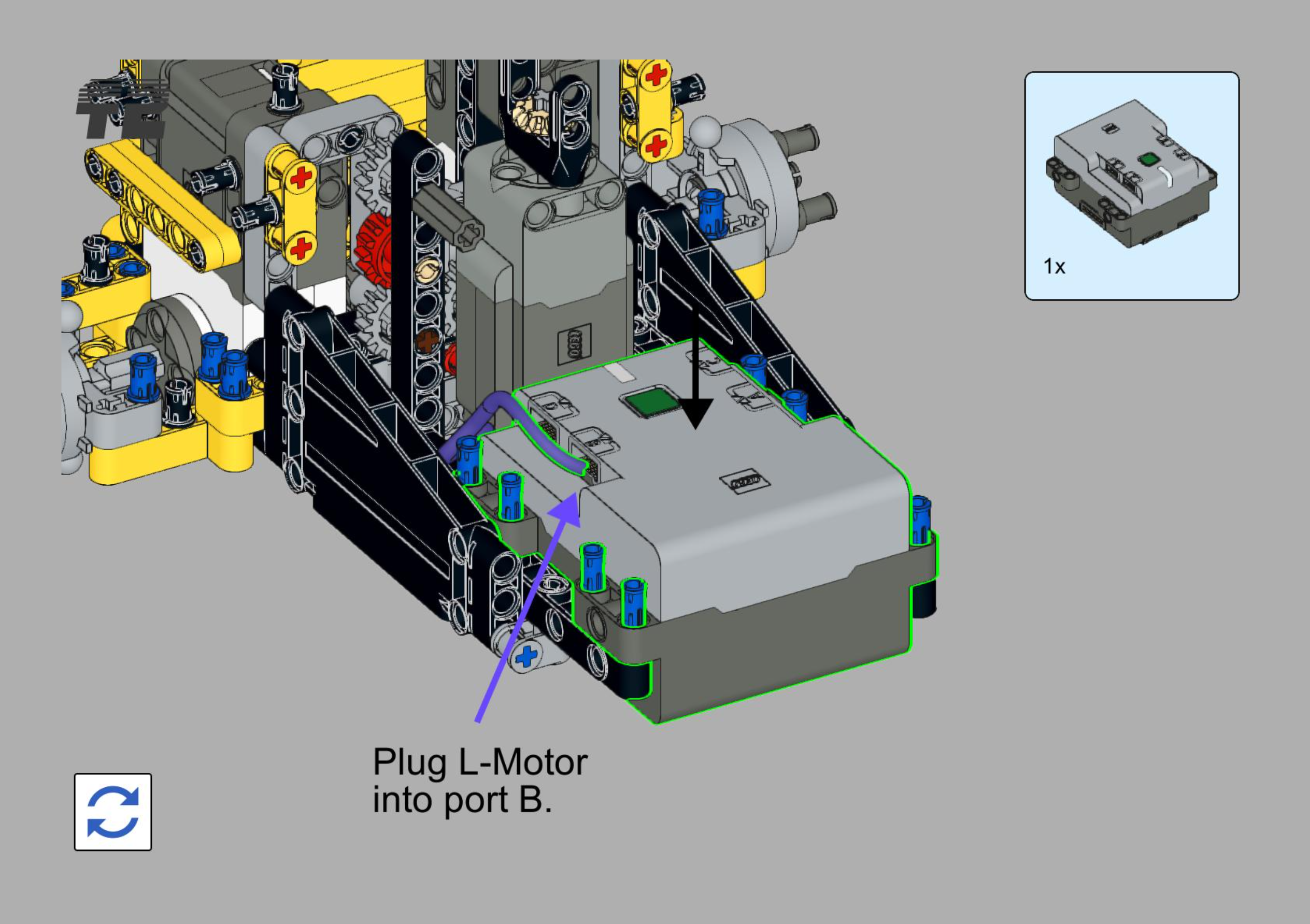 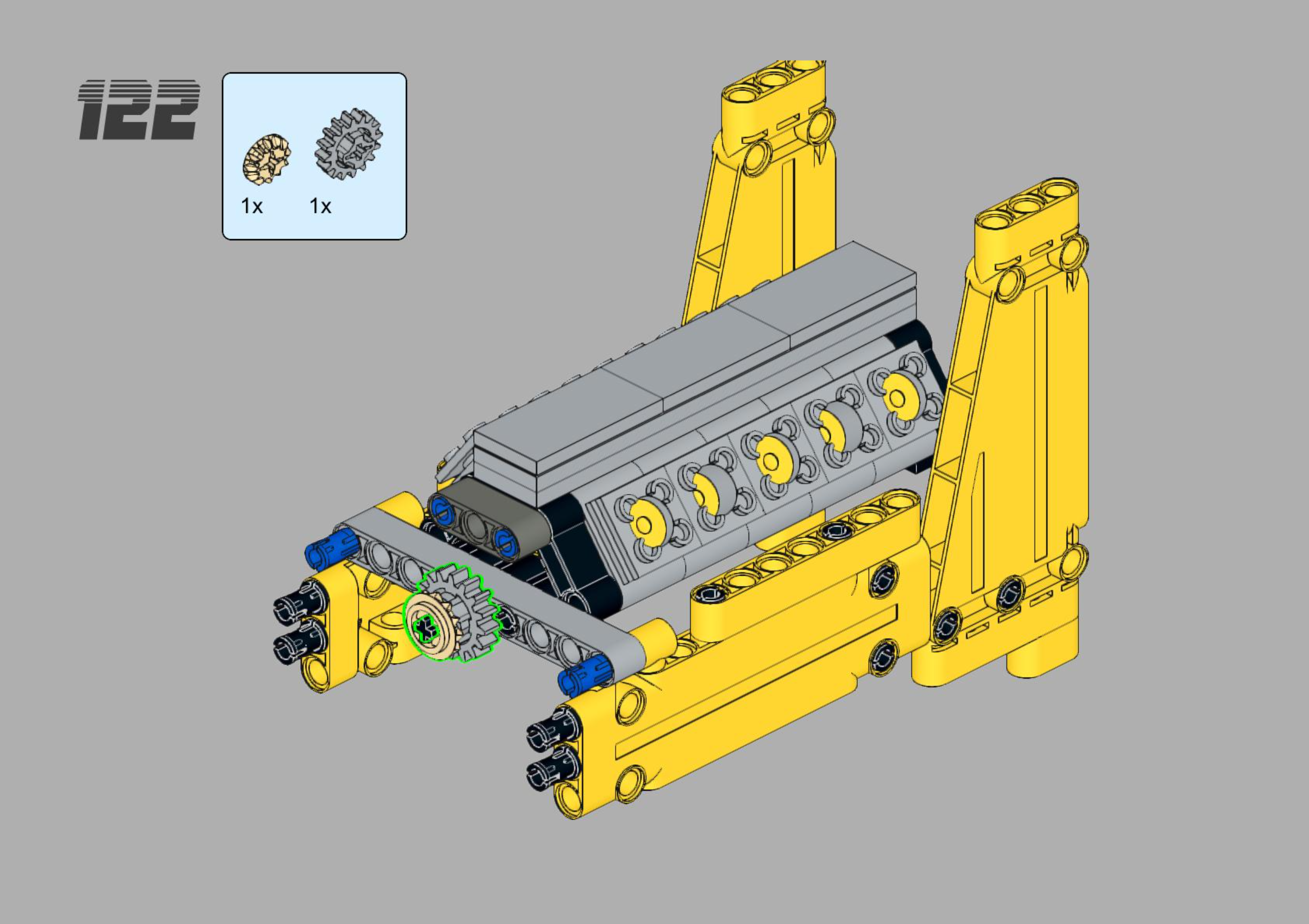 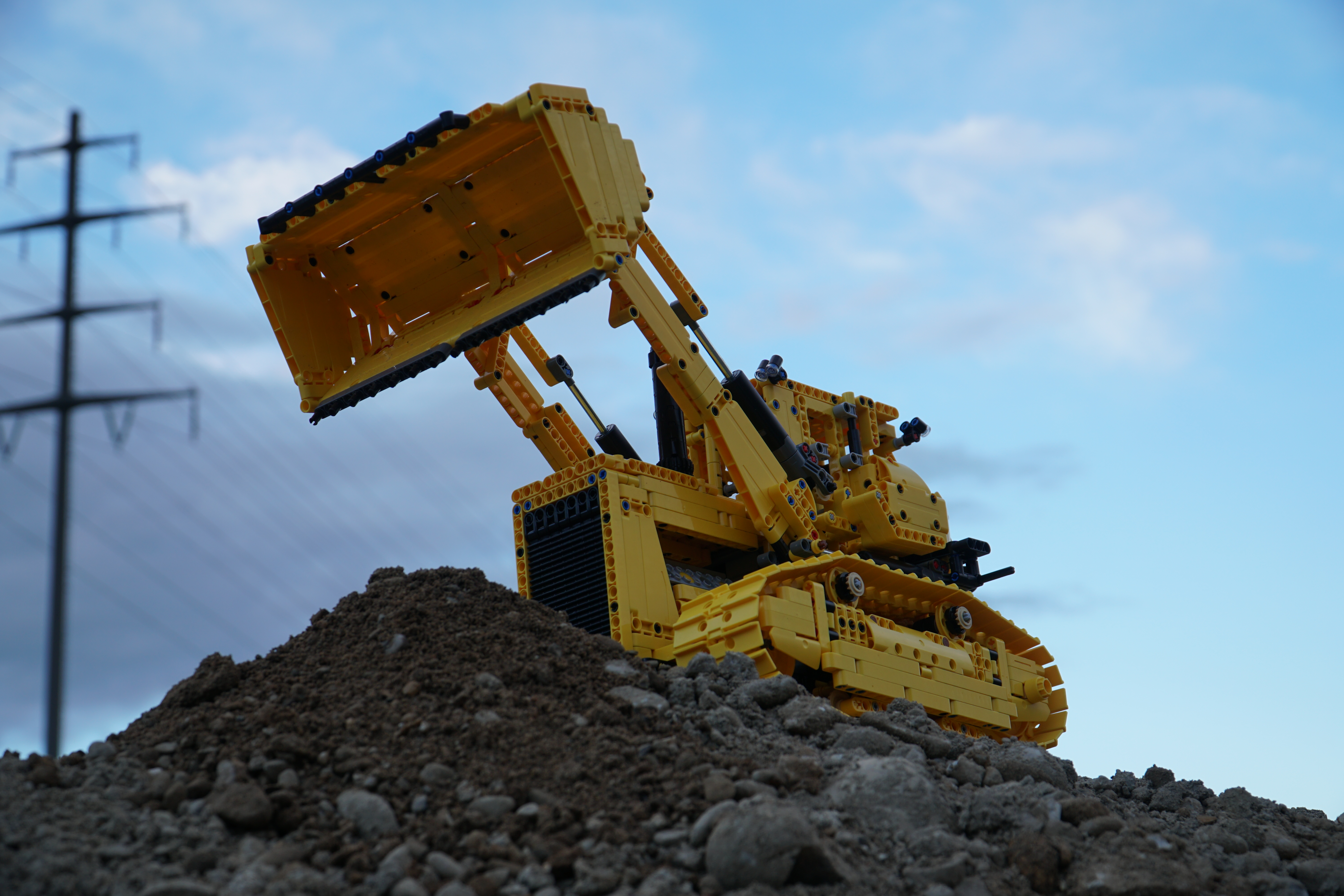 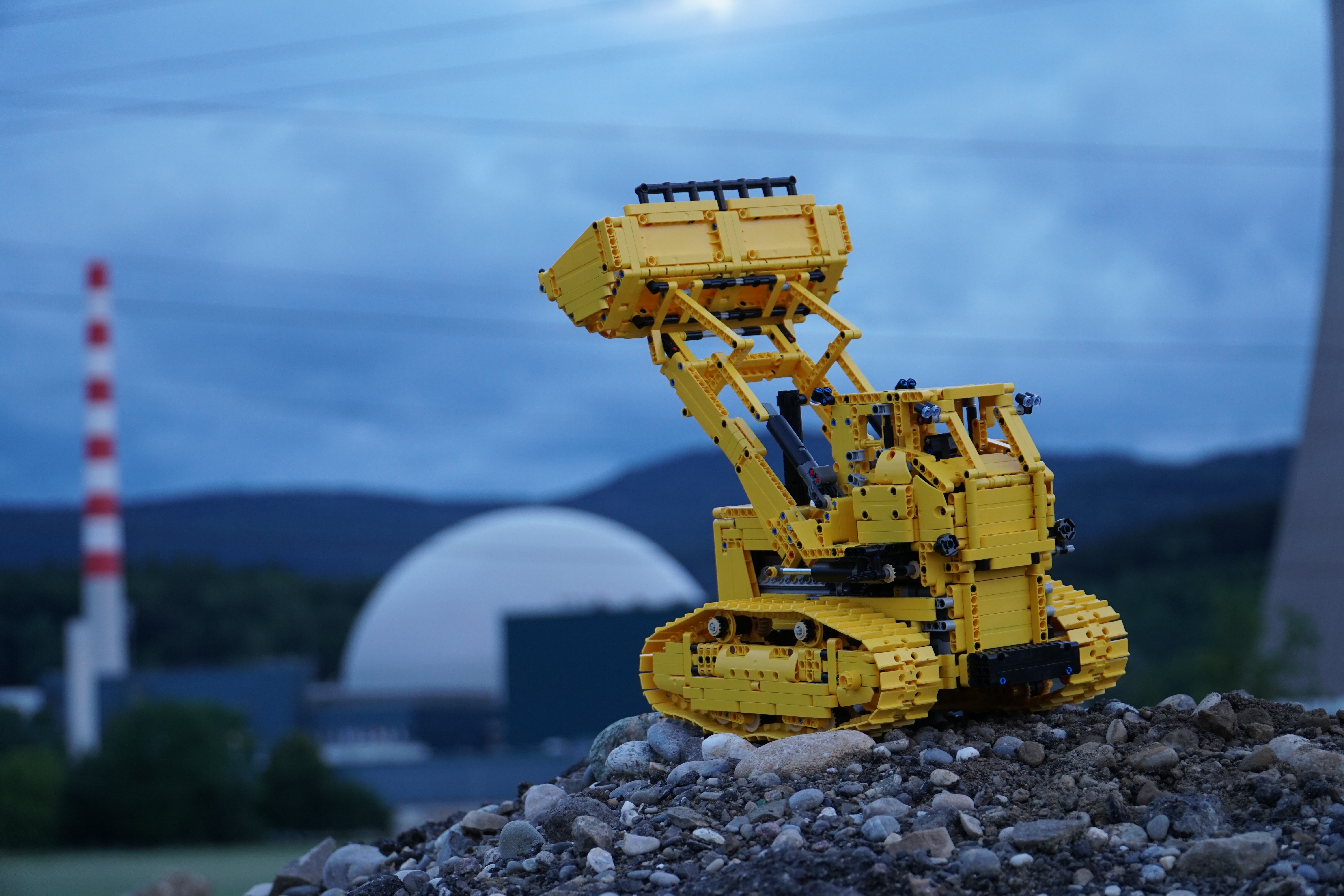 Komatsu realized in the 1970s that it needed larger bucket volumes for loading. The CAT 983 had since it’s market appearance in 1969 a more than 4.0 m³ bucket (which is way larger than today’s 973 D has). With an operating weight of 32 tons, the CAT 983 is already a big hunk. Komatsu took things up a notch with the release of the D155S-1 in 1977. To improve productivity on job sites, it was important to reduce the number of loads on large dump trucks. Many sites had switched to dump trucks of up to 32 tons, and the development of large loaders had fallen behind.

At over 42 tons and a 5.0 m³ bucket, it was then and still is to this day, the largest loader crawler ever built in the world! On top of that, the 350 horsepower was necessary to make it comfortable in its terrain. It was also thirsty. However, it was soon realized that the colossus was a real chain eater. More than 40 years ago, such monsters were in use in Tyrol during the construction of a large dam. Witnesses at the time reported that the undercarriage and running gear had to be replaced every year. It did not manage more than 2,000 operating hours. From the 42 tons downright ground, especially the guide wheels in front, there is the main load. Because when the bucket was so really full, she became very top-heavy. Hence the additional weight at the rear- as seen in many pictures. With such loads, the last order was to drive back and forth and let the trucks maneuver. The work on the dam was enormous, during construction the largest sieve house in Europe was operated there and delivered an hourly output of over 1,200 tons! There were no improvements made over the years on the D155S. Production finally ceased in 1989, and to date 234 machines have been produced and sold worldwide, 32 of them to Europe.

Since the 90s, wheel loaders came more and more to the fore. Faster, more efficient and less expensive. The theme around large crawler loaders was over…

But they still are one of the coolest machines out there and still in use in some places. 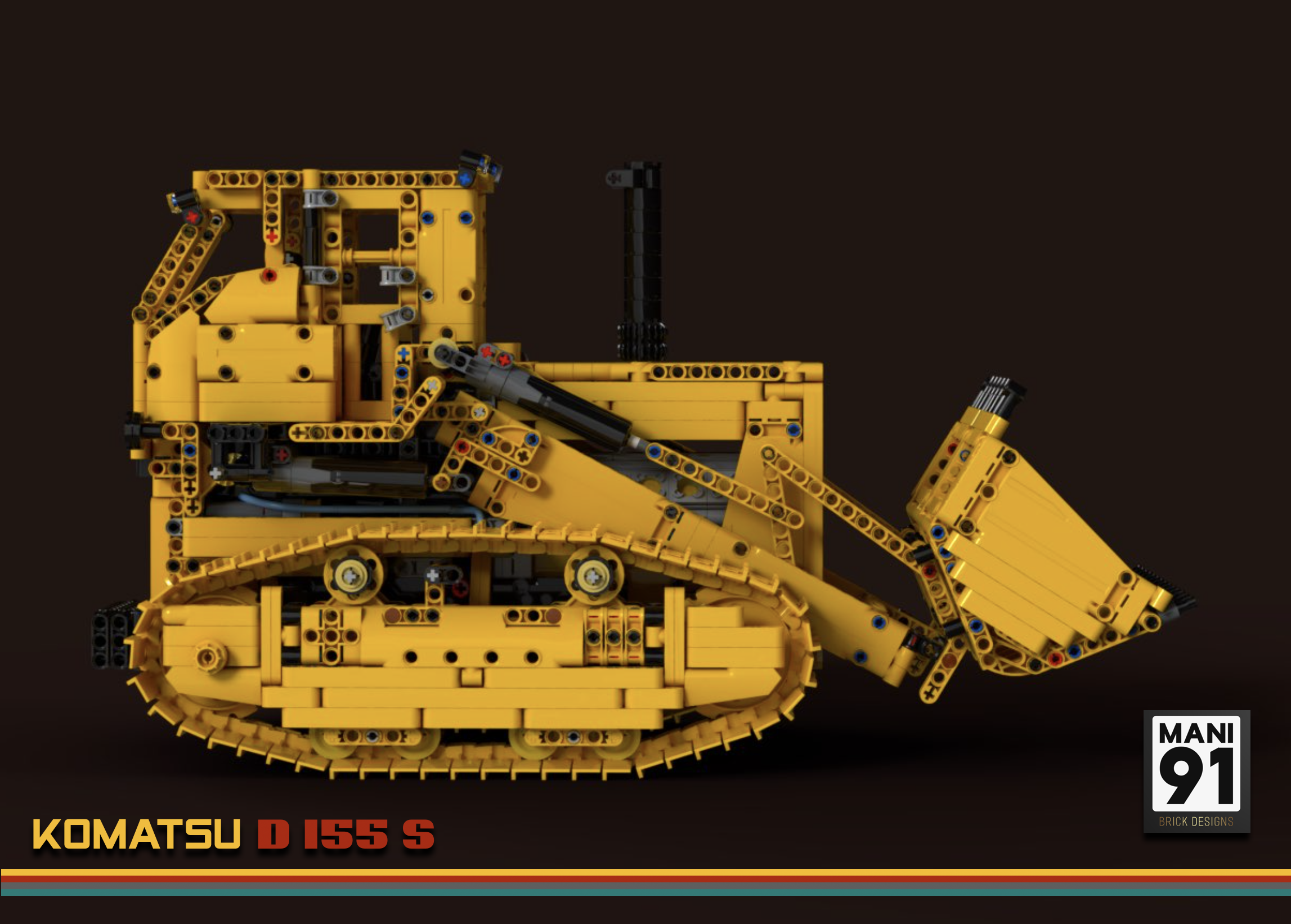 About MOCs MARKET
MOCs MARKET is the first and only portal internally dedicated to the Lego® Custom world! Our ambitious project is to create a single multi-vendor platform capable of hosting the best Lego® designers in the world and beyond! On MOCs MARKET, in addition to finding fantastic Lego® Moc instructions, you can find real custom kits including pieces and instructions, custom minifigures, display boxes, custom stickers, LED kits and much more … What are you waiting for ?! Enter our great community and start to expand your Lego® collection with unique and nowhere to be found products!
Follow us on Social Network
Useful Link